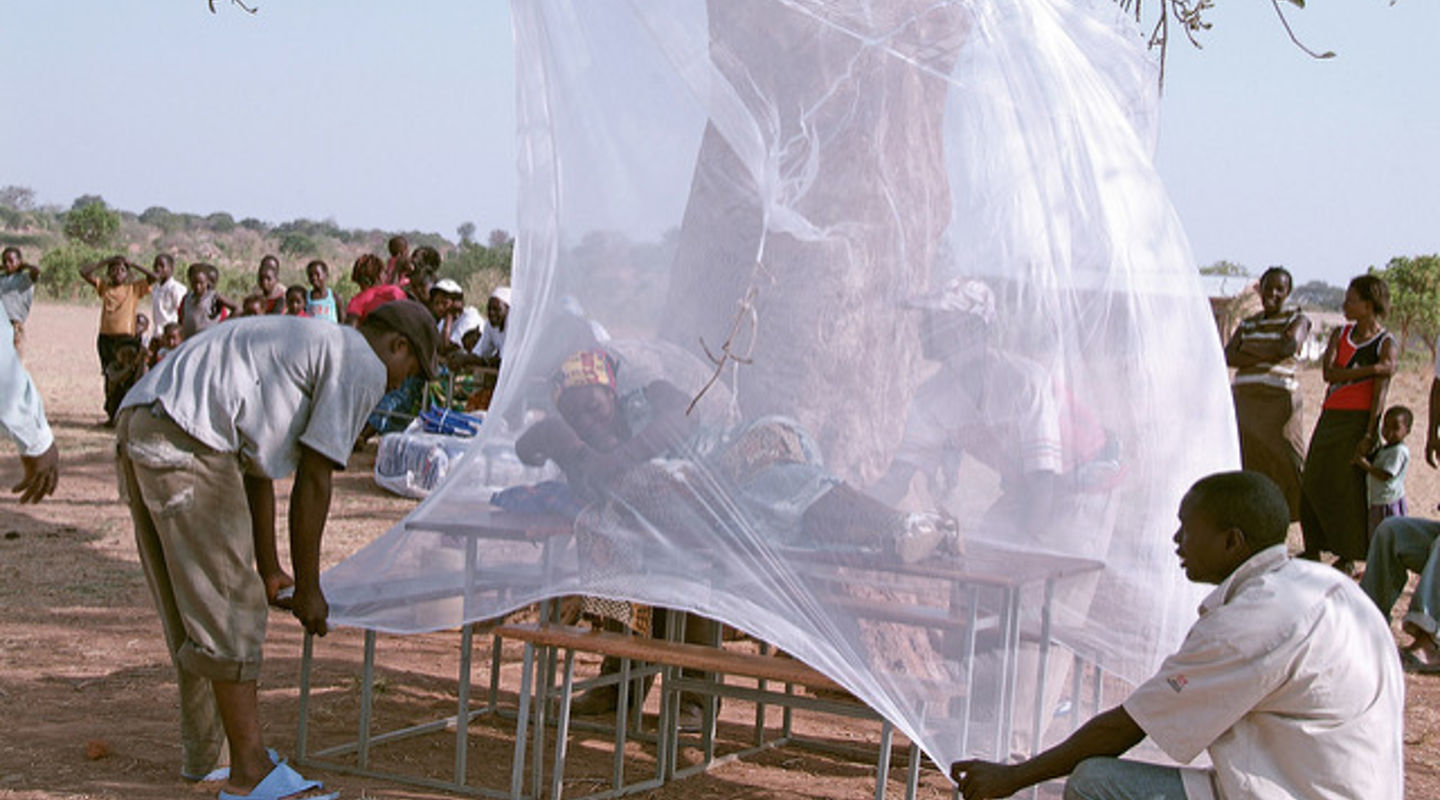 Image credit: Bread for the World

In South America, Southeast Asia, and sub-Saharan Africa, some mosquitoes harbor an enormous health risk: malaria. Like a terrible case of the flu, an infected individual’s muscles and joints will ache while chills run through the body; vomiting or diarrhea may follow, especially in children. Without prompt treatment, symptoms can intensify, leading to neurological and respiratory problems, and sometimes even death.

In 2000, more than half of all malaria deaths were concentrated among the poorest 20 percent of people—the highest association with poverty of any disease of global public health importance.source That year malaria claimed more than 17,000 lives, mostly children, in Zambia alone.source

Routine monitoring and evaluation show that Zambia’s efforts have paid off, and malaria-specific health indicators have improved. Between 2006 and 2012, the share of children under five with malaria parasites in their blood dropped from 22 percent to 15 percent. At the same time, the share of children under five with severe anemia—another metric because malaria parasites destroy red blood cells—decreased from 14 percent to 9 percent.source Most important, by 2008 the number of malaria deaths reported by health facilities had plunged by 66 percent compared to the toll in 2000.source

Although the Zambian government led the charge against malaria, the strategy could not have succeeded without its diverse partners, including Roll Back Malaria, the US President's Malaria Initiative, and the World Bank

The National Malaria Control Center defines the cost of Zambia’s national malaria program. In 2008, for example, the program budgeted US$60 million for the program, which included US$25 million from the Ministry of Health plus external funding. Between 2003 and 2010, external donor funding for the program totaled nearly US$200 million. Researchers have estimated the cost-effectiveness ratio to be about US$13.50 per disability-adjusted life year averted

The experience of Zambia, one of the first African countries to scale up malaria control, yields important lessons on the delivery of a multifaceted, comprehensive national malaria program. It stressed both prevention and treatment and included a monitoring and evaluation system that enabled data-driven decision making. The country’s success shows that with leadership, tools, support, and partners, even low-income countries can successfully take on the malaria menace.

A Fresh Start for a Bright Future