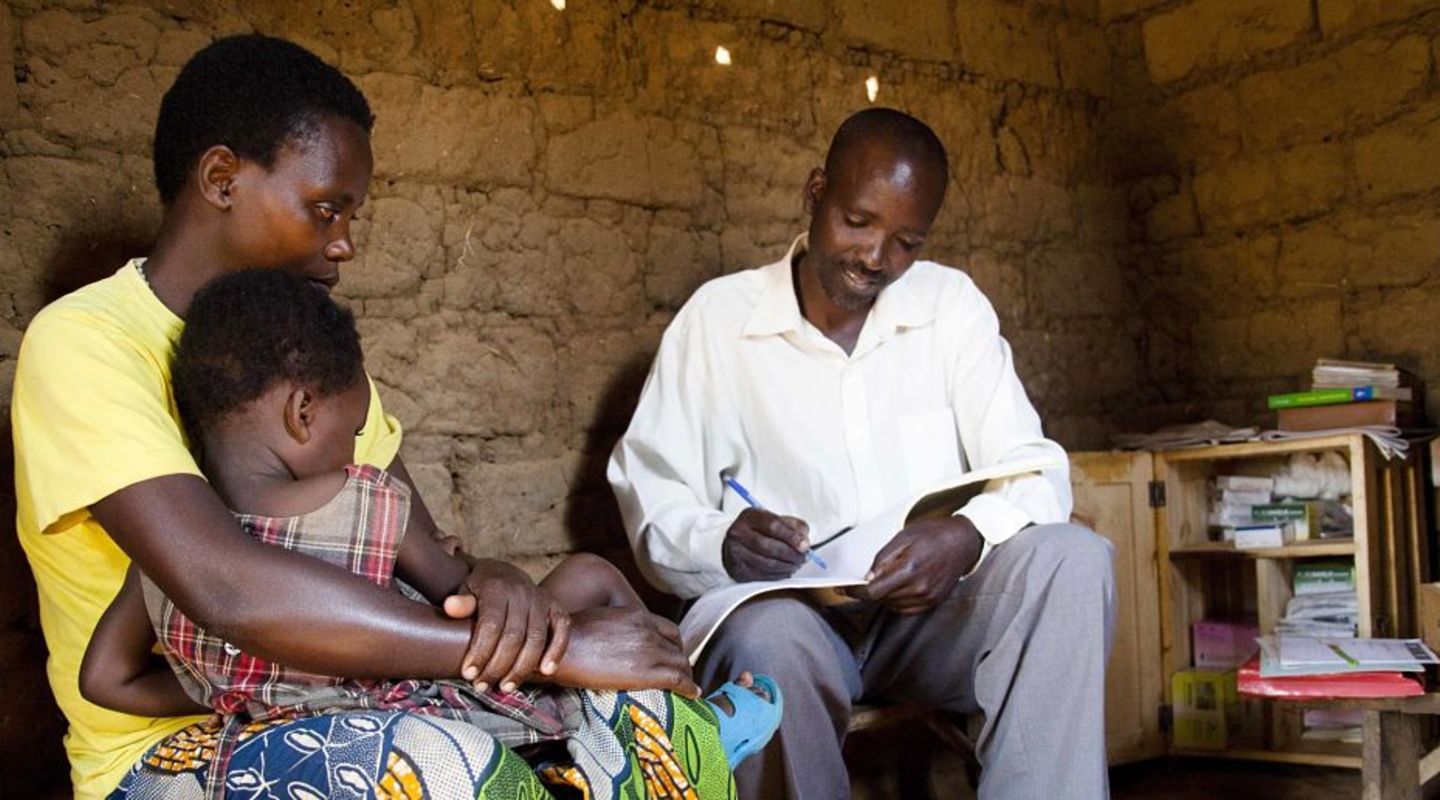 In Rwanda, paying providers for results gets results: increased use of health services and growth and weight gain for children

In the aftermath of the devastation wrought by the 1994 genocide in Rwanda, the country’s health sector infrastructure was left degraded. Nearly all facilities had been destroyed, while three-quarters of all health workers either fled or lost their lives during the conflict. Rwanda’s health system was left with an acute human resource crisis exacerbated by low motivation and poor performance among those remaining.source This had serious repercussions for the health of Rwandans. For instance, important measures of child health, such as infant and under-five mortality rates, were worse in 2000 than their pre-genocide levels a decade earlier.

To address lagging morale and lackluster performance of its health professionals, Rwanda’s Ministry of Health implemented a “pay for performance” (P4P) system. The program intended to reward health workers not on the basis of their rank or seniority but for the work they did that actually improved health. By 2008, the P4P scheme went nationwide, demonstrating that a financial incentive scheme, when implemented with rigorous verification of performance, can improve population health even in a low-resource setting.

P4P incentive payments were tied to health centers’ provision of 14 different services for maternal, child, and general health, ranging from US$0.09 for a first prenatal care visit to US$4.59 for a facility-based delivery or emergency obstetric referral.source The incentive payments were calculated according to a formula based on the quantity and coverage of health services, and then adjusted according to the quality of service delivery.

In a 2010 study, 76 percent of Rwandan health workers agreed that "saving lives is more important to them than having a high salary”

The Rwandan government and the World Bank reached out to UC Berkeley economist Paul Gertler to evaluate the P4P’s impact. The results were positive: health workers absenteeism dropped, their efficiency rose, and health workers got creative in their attempts to draw underserved populations into the healthcare system. Districts with P4P saw a 14 percent increase in the proportion of all births taking place in a hospital, a 27 percent increase in preventative visits for children under age two, and an 8 percent increase in the proportion of mothers receiving a tetanus vaccine during a prenatal visit. The quality of prenatal care also improved in the P4P districts.source

In just six years, per capita health spending swelled by almost 500 percent, from US$8 in 2002 to US$47 in 2008. And in comparison to a control group of facilities, the P4P intervention had an additional cost of only US$0.30 per person per year, the result of higher administrative and verification costs.

Rwanda’s P4P program did not work in isolation. It coincided with several other important reforms that made health services more accessible for Rwandans and strengthened the overall health sector, including a devolution of health spending and an expansion of community health insurance schemes. The postgenocide government was also ambitious and data drive, with a zero-tolerance attitude toward fraud and corruption.

Despite the seemingly intractable problems of deficient supplies, infrastructure, and staff, the P4P program enabled the government to boost the health impact of its existing health workforce while simultaneously improving morale and retention. It was among the first such programs to undergo rigorous evaluation in a low- or middle-income country, and its combination of feasibility and demonstrated success helped spark a global revolution in performance-based compensation for health workers.

An Outbreak Halted in its Tracks